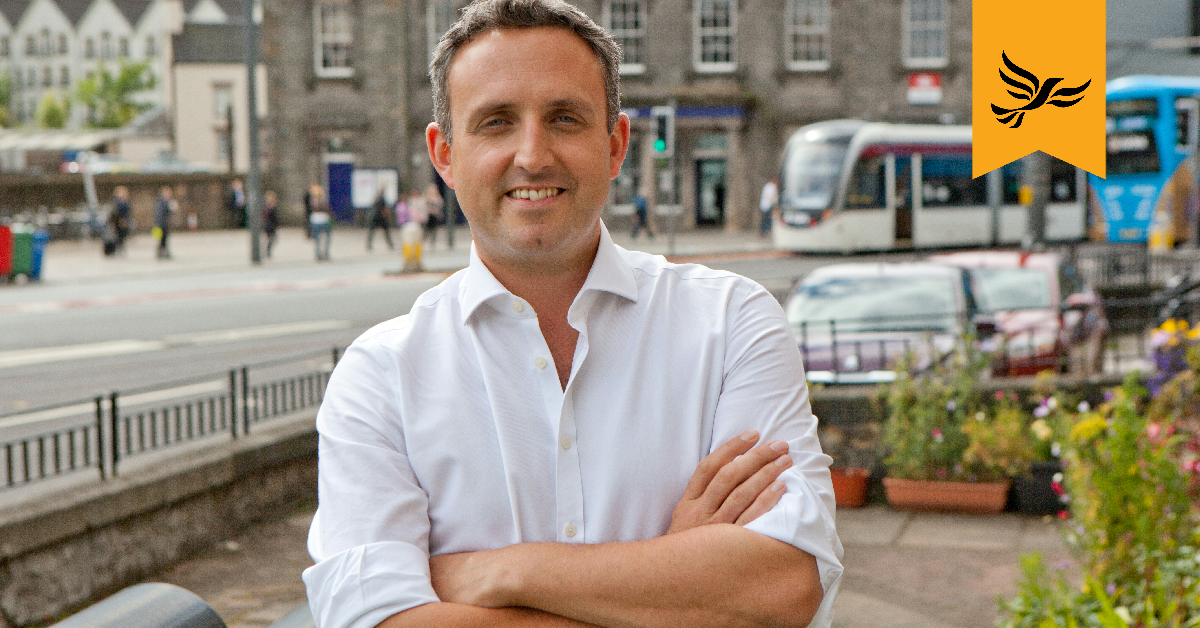 It’s been 25 years since the first World Mental Health Day and in that time we have come a long way in removing the stigma. Attitudes are changing. Mental health has been elevated up the agenda. However, there is so much more to do.

Last week 1 in 6 people across the UK experienced mental ill health. That’s more than three quarters of a million Scots.

These are alarming figures which show how important it is that we let people know that they are not alone and that support is out there.

There are few areas as an MSP where I hear stories so tragic. Young constituents who have spent significant proportions of their lives on child and adolescent mental health services waiting lists or who have been left without a bed when they need it most.

As an MSP and in my past role as Convener and Director of Together (Scottish Alliance for Children's Rights) I’ve seen the fantastic work done by charities and groups such as Place2Be, which delivers powerful early interventions on mental health in schools. Yet many critical organisations live a hand-to-mouth existence, desperately struggling to plug gaps left behind by inadequate government provision. This simply isn’t good enough.

The latest figures show one-in-five children and young people waiting more than 18 weeks for care. In my own health board, Lothian, the target was missed for more than 40%. And in Grampian it was absolutely shocking to see two-thirds of children waited longer than the Government standard.

To make matters worse, dozens of children are still waiting over a year for treatment.

Waits for adults to receive psychological therapies are at their worst on record.

In each of the cases where people aren’t receiving the right care in time, their mental health is at risk of worsening and taking an even greater toll on their lives.

And there are other areas of concern too. A BBC Scotland investigation found the number of under 18s given antidepressants has doubled since 2009/10. For some it will be the right treatment but these figures raise the question of whether these drugs are being used in the absence of mental health services such as talking therapies.

Of course, there have been some steps in the right direction. In her first speech to the Parliament following the election the First Minister acknowledged the Liberal Democrats’ role in pressing for a dedicated Minister for Mental Health, while the news that the national mental health strategy would span 10 years was greeted with broad approval from the sector.

Regrettably, the Scottish Government’s mental health strategy was 15 months overdue and, when it did finally arrive, charities, medical bodies and campaigners warned it lacked ambition and falls far short of the uplift in resources required to meet the needs of children and young people.

Similarly, the suicide prevention strategy expired in December 2016 and is yet to be replaced. We can't afford for services in this area to be short when evidence shows that prevention strategies do work and with resources in place we can save lives.

The country needs a step change in our approach to mental health. That’s why Scottish Liberal Democrats are calling on the SNP to double CAMHS spending and create new specialist beds for children living north of Dundee. We would introduce a mental health practitioner in every GP surgery and A&E department in the country. A huge proportion of the police and prison staff’s work involves mental health so we need more trained staff alongside them too.

These are substantial new services that would signal a transformation in the seriousness with which mental ill health is treated. They would go a long way towards ending the scandal of long waits and journeys for treatment.

We have come a long way in the last 25 years but we need to double down and do so much more over the next 25. It is not enough to focus on awareness and addressing the stigma of mental health issues. It is time to tackle the substance.

I hope the Government listen.