Scottish Liberal Democrats are the only party that is pro-UK, pro-EU and progressive. Check out our top ten reasons to vote Lib Dem here: 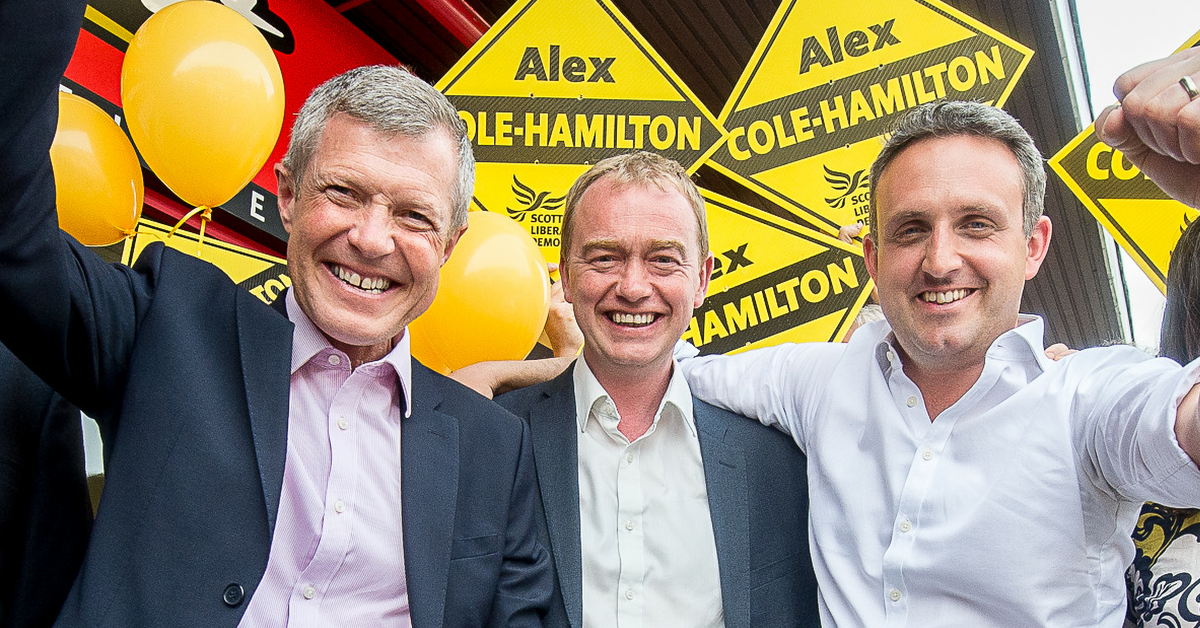 Votes for the Liberal Democrats will send a message to stop yet another divisive independence referendum from the nationalists.

With the Scottish economy teetering on the edge of a recession, the performance of Scottish education dropping down the international rankings and mental health services failing to deliver, the last thing our country needs is another divisive and distracting independence debate.

We will deliver on the promises made to the people of Scotland to further decentralise power and establish a UK Constitutional Convention, tasked with producing a full codified constitution for a federal UK, to report within two years.

We will ensure the Scottish Parliament will raise in tax half of what it spends in its budget, giving it the ability to respond to Scottish priorities with radical new powers.

2. Fighting an extreme Brexit and giving the people the final say

Liberal Democrats are passionate about building a Britain that is open, tolerant and united. The Conservatives are campaigning for a hard Brexit. This means leaving the Single Market, ending freedom of movement, and abandoning the Customs Union. This will be bad for the economy, jobs and our country’s security. At the end of Brexit negotiations, there will be a decision on the deal. The Conservatives want the decision to be taken by politicians. Liberal Democrats believe the British people should have the final say and the people should be able to reject a bad deal

3. Building a sustainable NHS across the UK

Improving health as a whole is essential to helping people achieve their potential and living life to the fullest. The NHS in Scotland is under immense pressure. It is facing a recruitment crisis and health and emergency treatment targets are being missed month after month.

We will end the current NHS pay cap and guarantee the rights of all NHS and social care service staff who are EU nationals to stay in the UK, as well as ensuring that all staff receive the living wage.

4. A step change for mental health

Scottish Liberal Democrats have fought tirelessly to reduce the historic inequality between the way physical and mental health are treated in the NHS but there is still a long way to go yet.

Children are waiting over 600 days for mental health treatment and the Scottish Government’s mental health strategy was more than 15 months late. Using the extra resources from a 1p increase in dividend taxation we will deliver a step change in mental health in Scotland, transforming services so that people can get the treatment they need. We will train and deploy new mental health practitioners in every GP surgery, every A&E department, police custody suites and prisons and deliver our new five-point offer on mental health to new mothers, ensuring services better reflect the fact that one in five women experience mental ill health during pregnancy or in the year after childbirth.

5. Investment in children and education

Scotland used to have one of the best education systems in the world after ten years of SNP ministers have been obsessed with independence at the expense of everything else, it is now just average.

To get Scottish education back to the best in the world again we will expand early year’s education, giving every child the best start in life and providing parents with the flexibility they need; support the establishment of a properly funded Pupil Premium, giving extra support and lifting attainment in every classroom; protect our world-class universities from the impact of a hard Brexit; and repair our colleges, giving everybody lifelong opportunities to learn.

6. Build an economy that works for you

Britain needs a sustainable and balanced economy not just to help fund public services but because growth and enterprise create jobs and opportunities for all. Liberal Democrats believe that there is much to be done to create an economy that ensures that the whole population benefits from the advances ahead. We will work to support growth now and put in place a sustainable economy that will create growth for the future. An economy that works for the long term: prosperous, green, open and fair.

To do this we will oppose corporation tax cuts and help everyone to earn a decent living by establishing an independent review on how to set a genuine living wage across all sectors as well as stamping out abuse of Zero Hours Contracts to help everyone across the country share in prosperity.

We will provide assistance to areas heavily dependent on fossil fuel industries, such as the North East of Scotland, to support the industry for its remaining life, including decommissioning, and ultimately to diversify the economy away from these industries.

Scotland’s economy is on the edge of recession. We need a radical programme of investment to boost growth, develop new infrastructure fit for the future and get our economy back on track. This includes everything from investing in new road and rail to ensuring that everyone has access to superfast broadband

We know that housing shortages are a massive problem so we will build 300,000 homes a year as well as investing in schools and hospitals. These proposals will mean extra capital spending available to the Scottish Parliament.

Liberal Democrats would expand the state-owned British Business Bank, to provide funds for growing firms and support new jobs in a high-wage, high-skill economy and create a new ‘start up allowance’ to help those starting a new business with their living costs in the crucial first weeks of their business. We would also reform the Regulatory Policy Committee to remove unnecessary regulation, and support new markets and investment, particularly in low-carbon and resource-efficient innovation.

Liberal Democrats are determined to leave a green and sustainable world for future generations.

That’s why we will introduce FIVE green laws, each with a benefit for Scotland from an Air Quality Act preventing 40,000 deaths a year in the UK to a Zero Carbon Britain Act will set new legally binding targets to reduce net greenhouse gas emissions to zero by 2050.

At over £1,200 a year, the cost of heating and lighting an average home in the UK is too high – and with a falling exchange rate, costs will rise further. More than two million families cannot afford to heat their home properly. Liberal Democrats will reduce energy bills permanently by improving home insulation and encouraging small-scale, community and local authority renewable schemes.

We will also ensure that British farming remains competitive and support for Scottish farmers remains the same in the event of Britain leaving the EU.

A fair society is one in which everyone has the means to get by and the chance to get on. It means being able to provide for your family, afford somewhere to live, and work within your community. That’s why we will extend free childcare and encourage new fathers to take time off with an additional month’s paid paternity leave. We will abandon the two-child policy on family benefits, and abolish the Conservatives’ ‘rape clause’ where a woman has to declare children that are born as a result of rape in order to access child tax credits. We will also maintain the ‘triple lock’ of increasing the State Pension each year by the highest of earnings growth, prices growth or 2.5% for the next parliament.

Liberal Democrats believe that every person is entitled to the same opportunity to succeed in life. That means breaking down the barriers that hold people back – reducing inequality, fighting discrimination, and defending individuals against an overreaching government.

We will make the positive case for immigration, defend human rights by voting against any attempts to scrap the

Human Rights Act or withdraw from the European Convention on Human Rights and offer safe and legal routes to the UK for refugees, expanding the Syrian Vulnerable Persons Resettlement Scheme to offer sanctuary to 50,000 over the lifetime of the next parliament and reopening the Dubs scheme to take 3,000 unaccompanied refugee children from Europe.