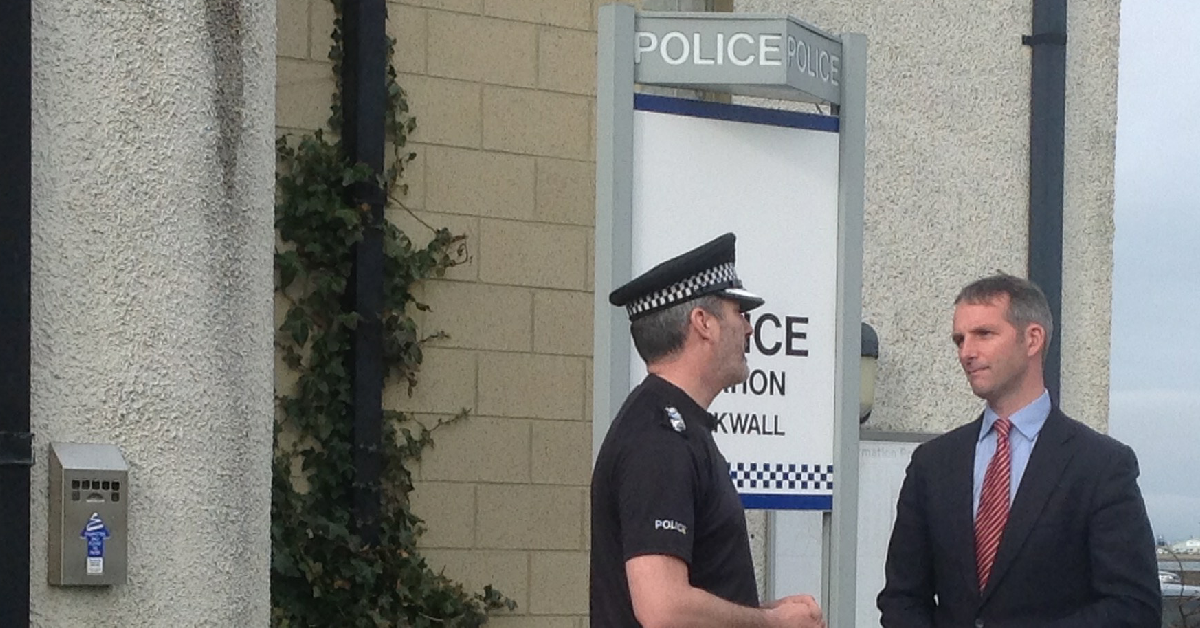 There has been little good news to come out of our police service over the last four years since the SNP government railroaded through their botched centralisation. This trend has continued over the summer months, when we have seen a series of bad headlines for the police hierarchy, culminating in the meltdown of recent days.

Although it took longer than it should, the decision by Phil Gormley to stand aside while he is under investigation was the right thing to do. However, we now have a situation where the police service has a leadership black hole at its heart. In such circumstances, the SNP government cannot simply stand by and wash its hands of responsibility for the mess that they created with their centralisation agenda. They were warned by Scottish Liberal Democrats and others about the risks they were taking. Sadly, they chose not to listen.

Following demands by Scottish Liberal Democrats, the Justice Secretary has at least agreed to provide a statement to Parliament next week. This is the very least we need and provides an opportunity for the Scottish Government to set out how it plans to deal with the latest crisis in Police Scotland and the wider centralisation shambles. Even before the revelations surrounding Phil Gormley, we had the SPA in crisis with both the chair and the chief executive heading out the door.

It is now no exaggeration to say that there is a power vacuum at the very top of policing in Scotland. This is the legacy of the SNP's decade in charge but it is in the interests of all of us to see this sorted out. First of all, we need to avoid doing anything that would make matters worse. In that context, the SNP must immediately agree to suspend its plans to dismantle the British Transport Police in Scotland and force them to merge with Police Scotland. This is the last thing either organisation needs at present and has the potential to make a bad situation immeasurably and unnecessarily worse.

During the passage of the BTP legislation, I moved an amendment calling on the government to delay its plans. This was defeated by an alliance of SNP and Green MSPs. It is time for the government to think again about proposals that the independent regulator has deemed politically motivated.

More widely, as Police Scotland embarks on a new ten-year strategy, the need for good and effective leadership is more essential than ever. This is in the interests of officers and staff, as well as the wider public in Scotland. It may therefore be necessary to draw on support from police forces elsewhere in the UK as a short-term measure.

Centralisation of Scotland's police has led to one crisis after another.

Every time the SNP attempt another politically-motivated power grab, mistakes are made and our communities suffer. Meantime, hardworking police officers and staff are required to carry out the difficult jobs they do on our behalf under greater pressure and without the resources they need. The SNP have been the architects of this mess. They must now step up to the plate and explain how they plan to sort it out.

In the statement to the Scottish Parliament next week, the Justice Secretary must accept there is a crisis of the government's making and show a willingness to listen to the concerns that are being raised. If he does not, there is no telling where this could all end.