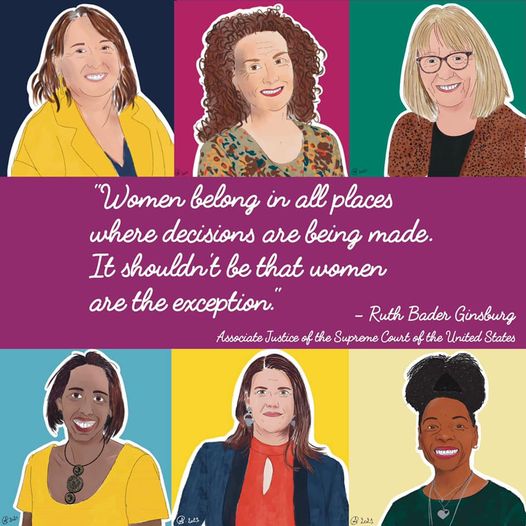 This International Women's Day, Beatrice Wishart MSP lays out why, just like everywhere else, the Scottish Parliament has a lot of work to do to ensure that women are truly equal.

Equality is one of the four founding principles of the Scottish Parliament. It should be at the core of everything that it does and yet 20 years into this Parliament, so many challenges remain.

In November, the Parliament heard MSP after MSP highlight the man problems around violence against women: the life ruining crimes; the hideous harassment; the discrimination faced in workplaces and schools. Those are not only challenging that women face; however, it is certainly true that negative impacts have fallen disproportionately on women.

Many have said that the pandemic “turned back the clock” on gender equality. Job losses and income reductions have been widespread and propelled the role of women as full-time primary carers, even while they are working. An International Monetary Fund report highlighted how women are more likely than men to work in social sectors including retail, tourism, and hospitality where lockdown has been most widely felt. Moreover, the responsibility to manage home schooling also hit women harder, leaving them to not only adapt to the new reality of working from home, but became teachers, childminders, and babysitters. Many unexpectedly, and unpreparedly found themselves between a rock and a hard place, juggling impossible burdens and expectations.

These problems are not new, there is nothing unfamiliar in what you just read. The relationship between women and work has always been fragile. Often this is because of where caring responsibilities “naturally fall”. As we have seen during the course of the pandemic, these extra expectations are just supposed to be absorbed, but the working world is full of rigid expectations.

According to a TUC survey published in January, more than seven in 10 women who applied for furlough after the latest school closures had their requests turned down. Too often, that forces women to sacrifice pursuing progression, and evidence clearly shows it.

Research by Engender found that representation in positions of power is still dominated by men. Women make up 52% of the Scottish population. Yet we only account for 36% of public body chief executives. 13% of senior police officers. 6% of major newspaper editors. There are zero women as CEOs of Scottish-based FTSE 100 and 250 companies.

Politics sees much of the same. In fact, there are concerns – and I feel they are valid concerns – that gender balance in politics may be going in the wrong direction. Too many women have made the decision to step down explicitly because sitting in Holyrood is incompatible with family life and attracts undue and insufferable abuse. Before the pandemic, a family friendly parliament amounted to a loose commitment to avoiding formal business running on into the evenings, and a crèche on site for staff. This was then followed by an exodus of women from public office in the run up to the 2019 general election, which was largely motivated by disgraceful online vitriol that reinforced the clear and urgent need for more to be done to tackle misogynistic harassment. Perhaps this week more than most, it seems as though the political world is not doing enough to ensure that a woman’s place is in the Parliament.

Our Parliament is where we make laws and set examples.

Taking inspiration from this year’s International Women’s Day, I think we can choose to challenge the parliament to be better than that, learn the lessons from the last 12 months and make hybrid operation a long-term reality that lets women in rural and non-central belt communities take part and balance family life.

We need to take the opportunity to make things better for the future. This is a moment to change things and we should grasp it.