GERS statistics - What are they and why are they important?

These statistics are designed to make it easier to see how much money is raised by taxes in Scotland and how much is spent on government services.

Why are GERS important?

GERS gives us an idea of how our economy is doing – and how strong our public finances are. They also show how we are doing in relation to the rest of the UK.

So what did they tell us today?

Onshore tax revenues were up a little but the new figures also show that last year Scotland had a deficit of around £15bn. That is, £15bn more was spent by government in Scotland last year than we generated in tax. Our share of revenue from the North Sea energy industry fell from £1.8bn to just £60m.

Our share of revenue from the North Sea energy industry fell from £1.8bn to just £60m.

How do we compare to the whole UK?

Our deficit is more than double that of the UK as a proportion of Gross Domestic Product - the total value of goods produced and services provided in a country – at 9.5%. This is also triple the deficit target that the EU sets for member states.

Last year we generated £400 less in tax per person than the UK average – but £1200 more was spent on services per person in Scotland than in the rest of the UK.

How is this extra spending in Scotland paid for?

As part of the UK, we benefit from sharing resources right across the country. When some parts of the economy are struggling – like our energy sector just now – this means we can ensure that public spending is protected.

As part of the UK, we benefit from sharing resources right across the country.

So what does this all mean then?

These figures underline the fact that Scotland needs long-term stability and investment in education and skills to earn our place as a high wage, high skilled economy. And the statistics show why Scotland is badly served by both the Conservatives, who have led us to the Brexit crisis, and the SNP, who are planning a second independence referendum which means more economic uncertainty.

Liberal Democrats want to protect our relationship with the EU and our place in the UK because that is best for Scotland. 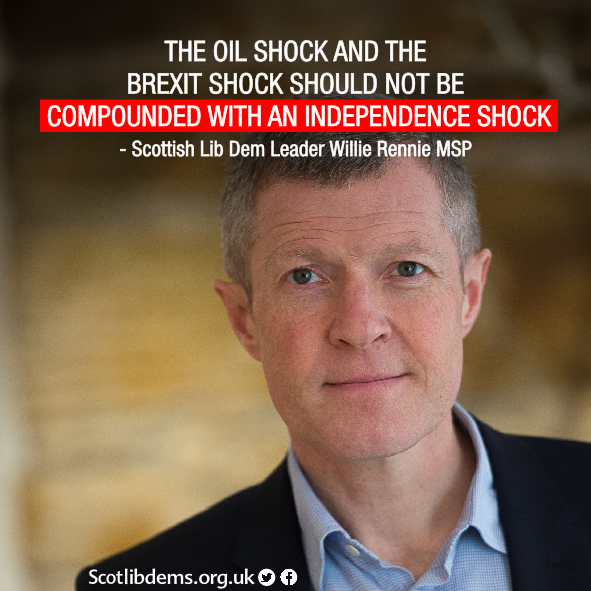