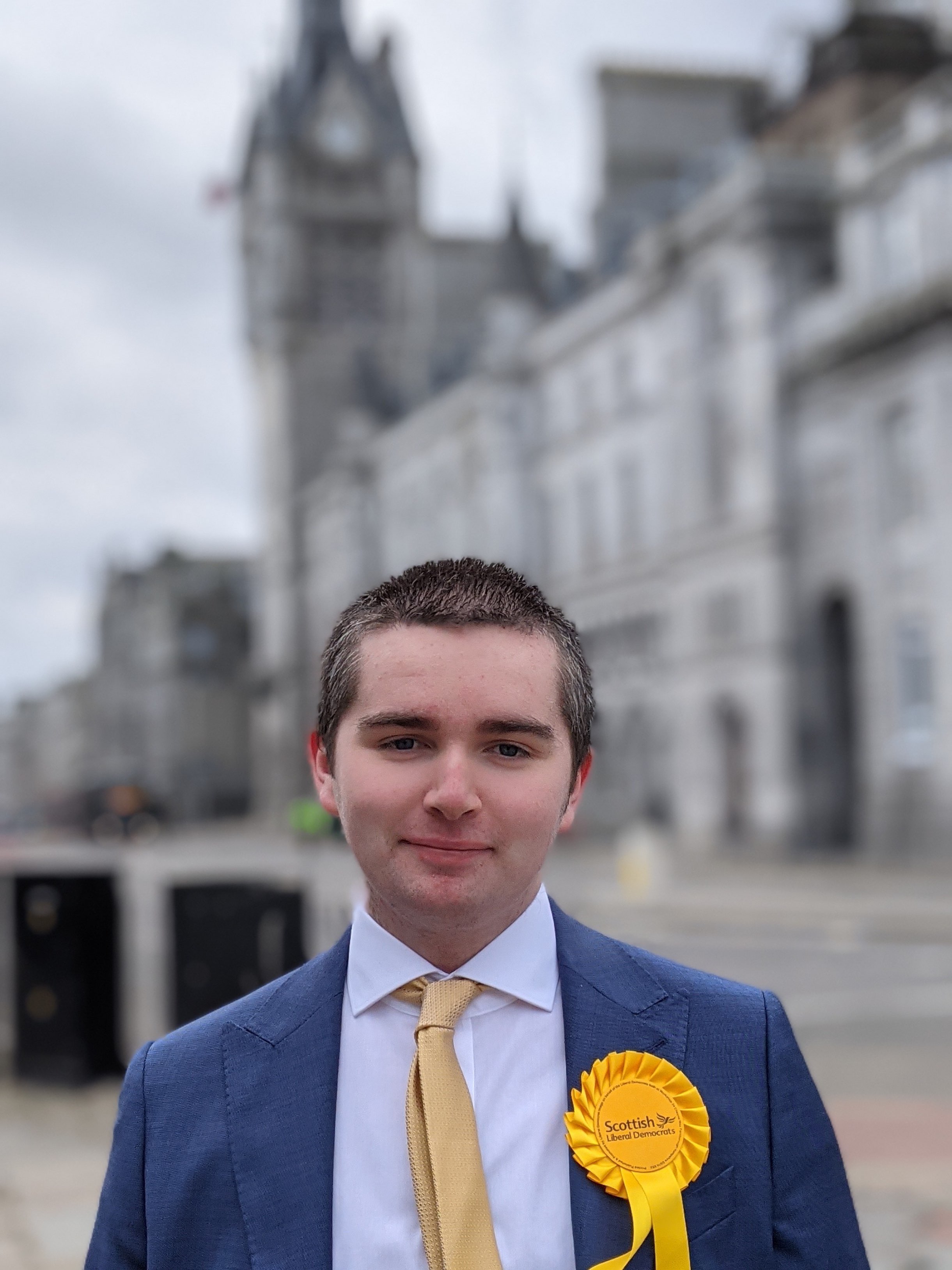 Desmond is a student at the University of Aberdeen, studying history, and is an active campaigner in Aberdeen's city centre, fighting for issues in his community
The poor state of Scotland's mental health services inspired Desmond to join the Liberal Democrats. He believes passionately in increased funding for mental health services and that mental health should be treated just as seriously as physical health and he feels that the Liberal Democrats are the only party who have consistently made improving mental health treatment a priority.
He is proud to call Aberdeen his home and believes that it deserves an MSP who will fight every day for the people of the city.
Do you like this page?