Scottish Liberal Democrats In the UK. In the EU. 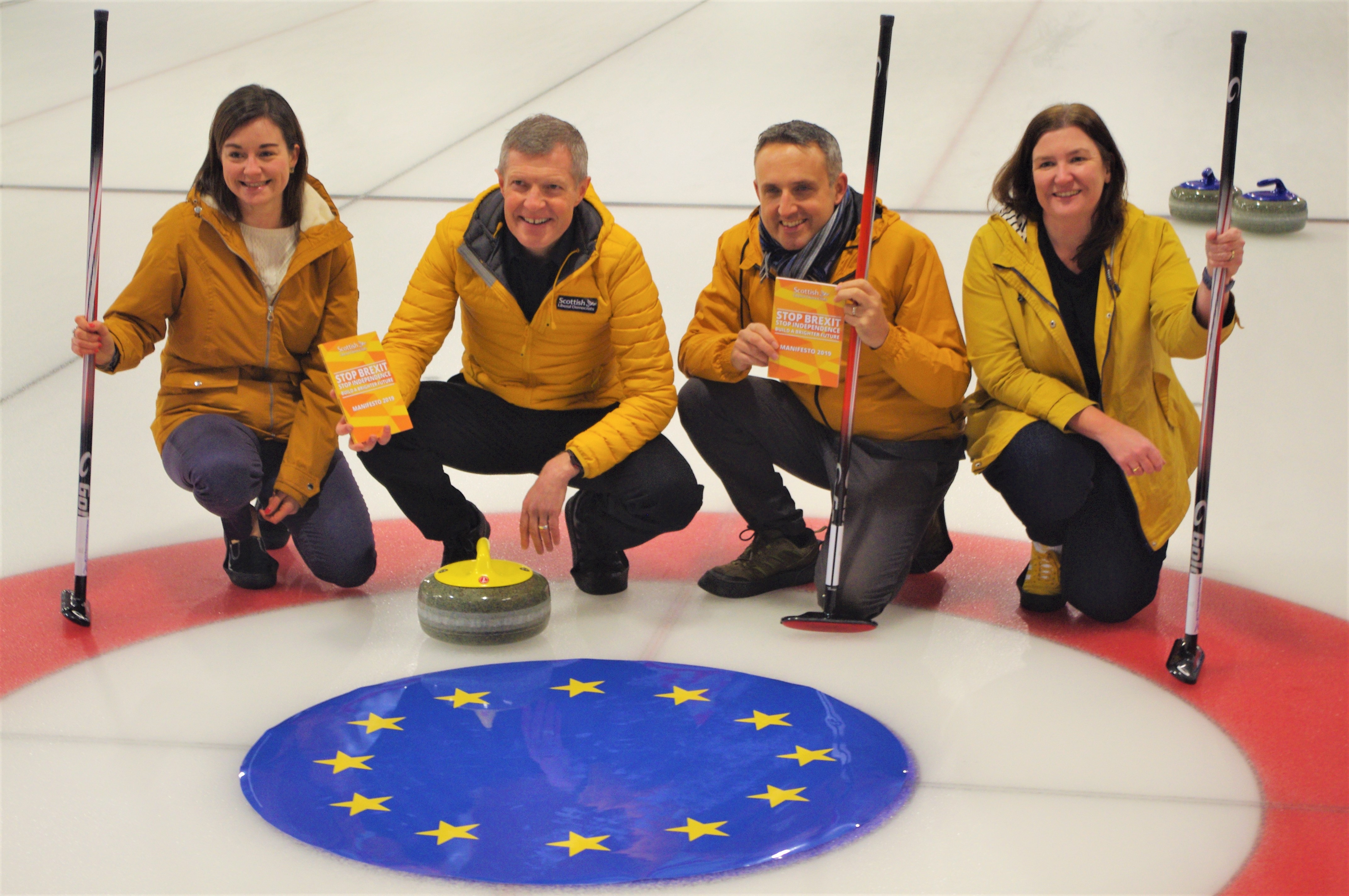 I am pleased to speak in support of our manifesto this morning.

It is the Scottish part of our UK-wide campaign.

We have added an important element to the front page.

We want to Stop Brexit.

And we want to Stop Independence.

These two things are there for a reason.

That is to open the way to a brighter future for people across Scotland and the UK.

But this brighter future won’t just drift down from the skies like soft, Highland snow in December.

It has to be worked for.

It needs us to stop Brexit and stop independence to do it.

Those terrible twins of division, of cost, of borders, of lost opportunities.

Liberal Democrats will stop another independence referendum in Scotland, and stop the division and chaos of independence would cause.

We need to learn the lessons of Brexit, not repeat the mistakes with independence.

Cutting ties with our closest neighbours is a backwards and isolating move – that’s been the lesson of the past three years.

Independence would bring all the chaos and distraction of Brexit, but multiply it.

Our ties with Europe are deep and valuable.

Our ties with the UK are even deeper and even more valuable.

Cutting ties with Europe after 40 years is torture.

Imagine the pain of breaking 300-year-old ties. Just like Brexit, it would be the vulnerable who would suffer the most.

The last thing we need is another bitter and divisive independence referendum.

It unleashed a new type of politics and caused splits that are still apparent today.

And the case against independence is still strong.

The SNP have now opened the door to a hard border between England and Scotland.

The head of the Scottish civil service warned the SNP Government that their referendum planning would mean “de-prioritisation” of domestic policy. That means they will once again take their eye off the ball. Services that really matter, from education to mental health, will suffer.

Liberal Democrat MPs will vote against another independence referendum.

New borders and barriers are bad for business, jobs and the economy.

A brighter future comes from a reformed United Kingdom inside the European Union.

If we stop Brexit we can invest the “reasonable” £50 billion Remain Bonus in public services and tackling inequality.

If we stop independence we can dodge the decade of spending restraint the SNP’s experts predict for us.

We can build a fairer economy.

We will use Corporation Tax changes to pay for a dramatic offer on free childcare.

That starts to address productivity, giving women - in particular - the chance to keep their careers on track, use their talents to the full and to close the gender pay gap.

Families will have more choices about how to run their lives.

By putting the economic case for free childcare across the UK, and providing the money to the Scottish Government, we will make it equally possible to extend this across Scotland.

You know that I have championed free childcare in the Scottish Parliament.

I badgered Alex Salmond to expand provision back in 2012.

And you know I have campaigned on mental health at Holyrood too.

That’s why our plan includes steps to treat mental health as seriously as physical health.

We want extra staff into GP surgeries, A&E departments and alongside the police.

The Scottish Government was 15 months late with its strategy and they are still hundreds of staff short.

That’s why we say some of the £3.4 billion of annual Barnett consequentials that our manifesto delivers should be used for mental health.

On the climate emergency, it is hard to think of another policy area that cries out for action across borders and between governments.

That’s why we have plans across the UK to stop single-use plastics within three years.

To generate 80% of UK electricity by renewables.

To insulate every fuel-poor home by 2025.

These are big challenges that can be faced by governments working together.

And if we Stop Brexit then we can rely on the help of governments across the continent to take decisive action on plastics, pollution and power that back us up.

Our whole manifesto gives Scotland a bigger say over the direction of the UK.

The shameful way in which the Conservatives treated the Scottish and Welsh parliaments during the UK Withdrawal Act last year shows that the United Kingdom doesn’t work as it should.

I want the different governments to develop framework agreements together, not have them imposed by one government in Westminster.

It is a step to a federal future.

On agriculture, on climate change, on fuel poverty, on student visas we give the Scottish Government a role alongside UK ministers.

And a more sensible dispute-resolution mechanism will be better for all of us than going to the Supreme Court.

Many of the fundamentals of this manifesto reflect that the UK Parliament performs a role on behalf of all parts of the UK.

I am delighted that the Resolution Foundation found that our manifesto is more progressive than Labour’s and the commitments we have made to tackle inequality and in-work poverty are important.

We have learned from the last ten years. We have listened to people.

We have seen ourselves that the £12 billion of social security cuts which the Conservatives enacted when they won a majority four years ago are too much for people to bear.

So we will increase social security benefits. We will restore the work allowances in Universal Credit to people get the fair help and support they rely on when they move back into work.

I am pleased that the Institute for Fiscal Studies found that our plans are the most fiscally responsible of the parties.

They are radical. They will reshape and reform our country. Our plans will build a brighter future.

And to do that we stop Brexit and we stop independence.

If we leave Scotland’s future in the hands of the divisionists of the SNP and the Conservatives then we will miss, the radical, reformed, bright future we can have.